CONCEPT AND PARTS OF THE WIND WINDOW (FLIGHT WINDOW) IN KITESURF 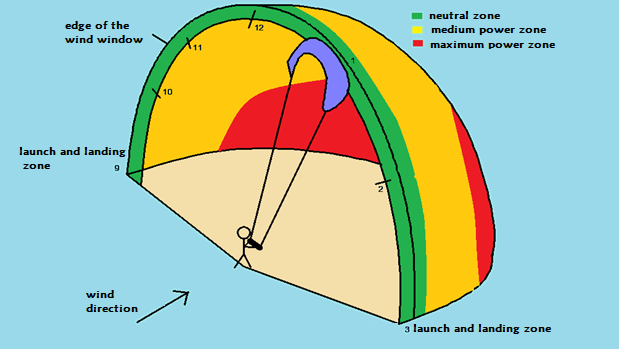 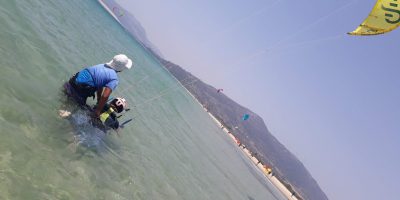 How to do bodydrag in kitesurfing. 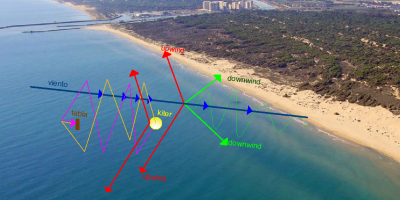 How to recover a Kite board body draging 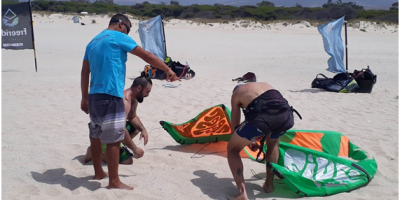 WHAT DO I NEED TO LEARN TO KITESURF?

The first thing before starting our kitesurf course and starting to fly the kite we need to understand the wind window, which is where the kite will fly with respect to the wind and in which areas we will launch and land the kite, as well as the different flight areas where the kite simply flies without dragging us and the area where it generates much more power.

From the cross position we are raising the arms until we join them just above our head where it is 12 (zenith), passing through all the hours of the clock. This time zone of the clock is the neutral zone (N) where the kite will fly but will not have power.

And as we lower the arms in front of us from the head we will have more power to the point in front of us where we will find the maximum power, which will decrease as we raise the arms up to the head.

The wind window is relatively defined for the kitesurfer. It is the three-dimensional region of the sky that is downwind (ahead of us from the wind) of the user where the kite can fly. This is shaped like a dome or vault, and the area of ​​the wind window will depend on the length of the lines of our kite. During the courses the first days, depending on the conditions, we use shorter lines, so the window is smaller, reducing the possibility of it being placed in a power zone and being able to do it in the safest way.

It is very important to know the wind window in kitesurfing, since it is the place where the kite will fly and the power of the kite is determined by the position where it is in the wind window, defining the takeoff and landing positions of the kite, as well as the power zone to navigate.

When we explain the wind window it is very important to distinguish between the different areas of the window. Where we will have the edge of the window (clockwise) which will be the neutral area where the kite flies without power (green area), and according to the kite is more in front to our position the kite has more power since we are projecting greater kite surface with respect to the wind. From the neutral zone it gains power according to the kite, it descends through the yellow zone until it enters the red zone, which is where the maximum power zone is located just in front of us.

Normally, the positions of the kite are naming them by the positon in the clock that they are, as if the wind window was half a clock viewed from the front. When the kite is flying over the head at 12h from the user. This area at 12 o’clock is called Zenit which is the vertical point above us.

On the sides, 9 and 3 we find the areas of least power, and these are the points that we will use to guide us when it comes to landing and taking off the kite. This area is very important to emphasize to the students since in case of take off the kite in the power zone can be very dangerous.

When we launch the kite it is important to always stand a little behind the window from 3 and 9 and after checking that everything is correct, move to the window (shoft zone), until we feel a little power (the kite it fills with air and the canopy stops moving) to raise the kite.

We will prevent the kite from advancing from one side of the wind window to the other side through the most powerful area , this could drag us out of control. The power of the kite is not only generated according to the area in which it is positioned, but also because of the speed it has, power generated by the apparent wind. The more speed the more power our kite will generate.

How to do bodydrag in kitesurfing.

How to recover a Kite board body draging

WHAT DO I NEED TO LEARN TO KITESURF?